I began this month with a blog post sharing how my kids and I would celebrate Black History Month. That post opened with a scene set for a Black History Month assembly. After posting it, it was evident that story needed to finish unfolding. With no further ado, here is my tribute to black history…my history!

A Woman’s Worth: A Tribute to Black History 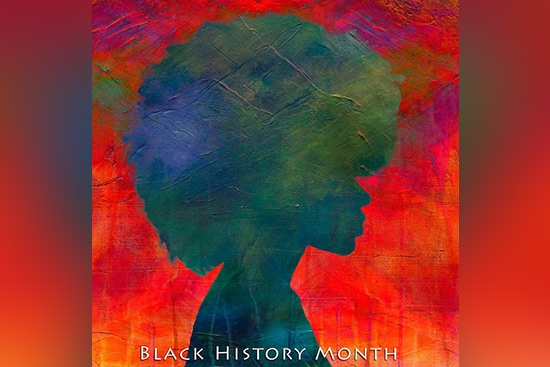 The sea of wooden chairs was packed to the max in an aging school auditorium. It was abuzz with giddy Kindergarten through 6th grade students anxiously awaiting the opportunity to recite the lines of their well researched and meticulously rehearsed Black History Month projects. Some gazed endlessly at hastily scribbled lines about Harriet Tubman’s fearless leadership in times of severe oppression. Others practiced their delivery about the wonders of Garrett A. Morgan’s traffic light and how he opened endless possibilities within the world of driving.

Suddenly, the lights dimmed and a hush fell over the crowd. The school’s beloved principal, Mrs. Williams, emerged from behind faded maroon curtains to the awe of her doting pupils. She seamlessly glided across sagging floor beams to the sound of her own heels click-clacking underfoot. The seasoned principal gracefully addressed the eager students with a polite greeting while raising her hands, indicating the students should follow suit. She then proceeded to lead them in the harmonic melody…

“Lift every voice and sing

Till earth and heaven ring…”

As the measured tune continued, Aaron Turner mouthed the cherished words of the Black National Anthem. A song he knew all to well from sweltering Augusts spent on the porch of his grandmother’s weather beaten home. As the chorus echoed in the background, Aaron could almost hear the honeyed tone of Grandma Helen’s voice singing in the choir. She had a gentle way of bringing everyone within earshot into rapturous praise at the climax of any song. He paused for a moment and let this memory wash over him.

As the song came to a close, Aaron quietly took his seat and waited in apprehension for his turn to present his own assignment. Unlike in years’ past, this time, the sixth graders would go last as a sort of finale to the culmination of their time at the Edward C. Cox Elementary School. This drastic change created a real sense of excitement amongst the exiting class.

Following Principal Williams’ formal welcome, the program commenced without delay. No matter the presentation, it was evident every student put their all into the part they would play in the assembly. With every passing song, skit or monologue, Aaron sat further back into his chair. Though most of his schoolmates had no clue, he knew there would be a noticeable difference in tonight’s audience. His usual cheering section was one member short. And quite honestly, because of this, his level of enthusiasm waned in comparison.

It seemed an eternity would pass before the last of the sixth graders would begin lining up to make their way backstage. There was no secret who would close out tonight’s performance as the order was predetermined by lottery the Wednesday before.

As luck would have it on that day, Aaron happened to draw the final spot. He would be closing out the show. All week long, he mulled over his decision to break from tradition with his final number. He didn’t have a recitation of one of Langston Hughes’ famous poems that would be sure to spark awe and intrigue. Unfortunately, the onlookers this evening would not be able to clap along to a rap about the significance of black history.

Nevertheless, the time came for Aaron to take center stage. Aaron felt the warmth of the spotlight on his face as he slowly took his place; the glare slightly blinding him. He hesitated when he arrived at the lowered mic stand. With eyes straight forward, he stood motionless as if he was staring down a lion ready to pounce.

Immediately, there was a sense of unease amongst the crowd. A shuffling of seats, a few cleared throats and awkward giggles coming from the fourth grade section (that were promptly shushed by concerned teachers), were the only sounds coming from that sandwiched auditorium.

Like clockwork, Principal Williams could be seen signaling to the stage hand to begin the all call in order to save Aaron from any further embarrassment. When suddenly, a muffled voice could be heard coming through the already turned down microphone.

The sympathetic principal motioned to the sound technician to steadily increase the volume and gestured to the middle schooler volunteering as the spotlight operator to soften it to a more hallowed glow.

“What value is in a woman?”, is what was now coming through the crackling speakers. Low gasps could be heard from the shocked performance goers in the front row.

“Is it in her hands or her work? Would it be if she married well and had children? Is it in her long talks or silent looks? Or is it simply in her calming presence when no words are needed?”

By now you could see the crowd was stunned by the looks on their faces.

Aaron continued, “Why tell you about a woman’s worth when I can show you? It’s here, standing right in front of you. Whenever you want to know the worth of a woman, you need look no further than her legacy.”

And with no warning, Aaron dropped to his knees, suddenly scrambling at the floor as though he’d dropped something and was struggling to pick it up. Only he’d approached the microphone stand empty-handed. To anyone previously skeptical of Aaron’s preparedness for this presentation, what would come next would completely change their outlook.

In a tired, almost methodical voice while still grabbing at the bare floor, Aaron went on. “My grandmother was raised on a 100 acre farm owned by her father in Cleveland, North Carolina. The sixth daughter out of Eugene and Ella Houston’s twelve children, Helen didn’t complain of her place in a crowded family but made her mark on this life.” It was becoming clearer that his movements mimicked that of a young Helen Houston working on her family’s sprawling farm.

Aaron soon regained his stance, clasping his hands together as if in prayer. He loudly proclaimed, “To find her way in this world, she bravely embarked on a journey up north all by herself to meet a sister and aunt already settled there. If I had to move to the north all by myself like she did, I probably would have stayed put!”

Low chuckles of agreement circulated through the crowd.

Aaron looked up, his concentration unbroken but now more aware of the audience he seemed to previously ignore.

He continued, “She was a small town girl on a mission. She was determined. After working for some time as a domestic, she promised she’d never work in another person’s home again.”

By this point, it was obvious Aaron’s momentum was building. His eyes flashed with more energy as he went on. “My Grandma Helen gained a reputation for her hardwork and committed spirit. With this attitude, she easily moved up the ladder. First, as a laundress. She later advanced all the way to the position of Kitchen Manager for an entire elementary school!”

Aaron was on fire, his voice rose and fell with every new declaration of his grandmother’s contributions to a life well lived.

Continuing on, he boldly proclaimed, “She always remembered it was God who gave her all she had been given. My Grandma Helen made the most of her life and gave even more! Her husband and six sons knew what it meant to have her in your corner. Family, friends and practically strangers on the street loved and cherished her! No visitor to Grandma Helen’s home ever left hungry. Her cooking…”, Aaron cried out as he licked his lips. “…mmmm…let me tell ya about her cooking! I like to think her food represented what was always inside her — LOVE!”

Gesturing towards the direction of his visibly moved family in the audience, Aaron lifted his hands and boldly stated, “Grandma Helen was worth more than can be put in words! Her story is not old history to me because her life made a difference in mine. With her heart and hands, she turned so little into so much! So, to her I say, ‘Thank you Grandma Helen. You made me believe it doesn’t matter what I’ve been given but what I do with it!'”

And with this, Aaron dropped his hands, gave a slight bow and proceeded to exit the stage.

It was almost simultaneous what happened next. The entire audience erupted into jubilant applause, reminiscent of the crescendo of one of his grandmother’s solos. There was whistling, clapping and cheers from every corner of the packed house. There were tears in Aaron’s mother’s eyes and his father swiftly emerged from the aisle, rushing to embrace Aaron before he could make it back to his seat.

There was no doubt this night would go down as a stellar tribute to black history. But more importantly than that, Aaron ensured a worthy woman’s mark would never be erased from his story!

** The art expressed in this short story imitates real life. I was blessed with a “Grandma Helen” of my own. The only difference being, I lovingly called her Grandmom Turner. The life of my own grandmother, Helen Harriet Mary Jane Houston Turner, has left an invaluable impact on me that will last for the rest of my life! Although small in stature, measuring no more than 5’2″, her legacy was larger than life with a Sock-It-To-Me Cake to match! It was shown in her fifty-eight year marriage to my grandfather, Samuel B. Turner, before he passed. And in their six sons and wives, two foster daughters, thirteen grandchildren and thirteen great grandchildren. Not to mention a host of other family and friends who affectionately called her mom, Grandmom Turner, Aunt Helen and Mother Turner. With my parents’ permission and the help of the unnumbered congregation who’s lives are all outpourings of the pen strokes of my grandmother’s life, I was able to tell her story. That is why I dedicate this to her. Though in 2013, she left this world one month shy of 97 years ‘young’, I know she lived her life on purpose. I, along with so many others, am proof of that. She has truly won her eternal prize! All I can say is thank you Grandmom Turner, I love you!

Published by Courtney B. Dunlap

Christ follower. Wife. Mother. Friend. Writer...and excited to grow! I believe there's a need for more down-to-earth online spaces in which moms like you and me and anyone else in-between can explore the in's and out's of homeschooling free from competition yet rich with encouragement. I'm hoping to do that through the sharing of resources and any ideas I may stumble across as well as giving you a tiny peek inside our homeschool life. Together we can experience the good, the bad and the sometimes cranky of this homeschool journey. So if you're motivated beyond the messiness I encourage you to come along for the ride! You might just be surprised what you find out. :) View more posts

This site uses Akismet to reduce spam. Learn how your comment data is processed.